I am Curly Boy, Flossy's hubby. She's been soooooo busy lately with other things she just hasn't had time to update her blog.I don't have a white horse but I thought I'd come to the rescue anyway. You're now probably wondering what she's actually been doing. The biggest project is the quilt that Jimmy has claimed for his own. 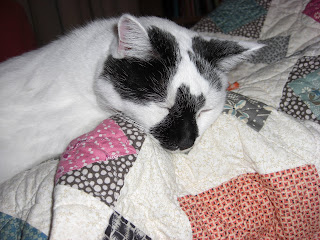 This quilt pattern is available in Fat Quarterly issue 1 which finally launches on Tuesday the 27th. You'll have to make your own since Jimmy doesn't seem likely to give up this one!

She's also been making lots of Bee blocks. She really loves doing these! She's like a kid on Christmas morning when the postie pops another batch of fabric through the door. I can't tell you who they were for since I don't really know. I DO know that the second pair are spiderwebs and the single one is based on Mondrian. The first two use her favorite thing to make... half square triangles! The blocks were a good warm up for the FQ quilt since that took almost 400 of them! If you want any more detail you'll have to link through to her Flickr page. 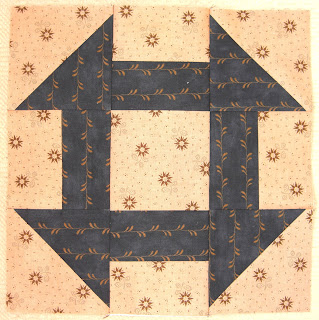 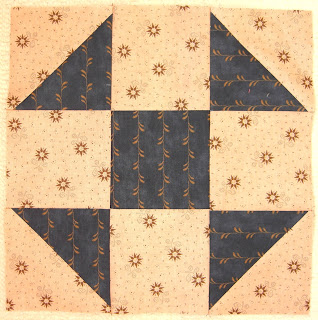 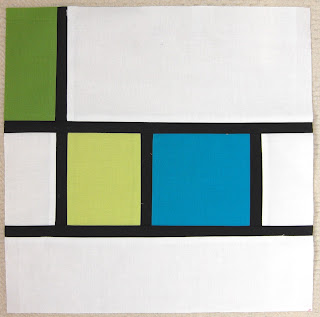 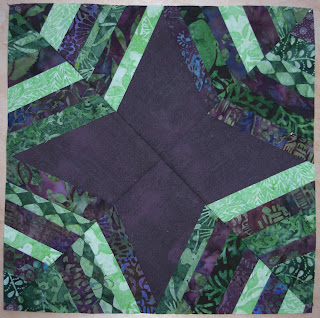 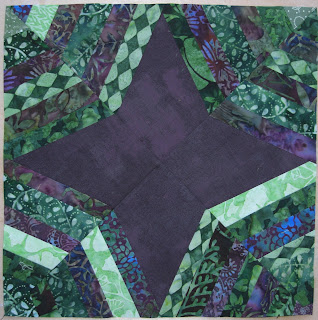 Some of you may be wondering what happens to all of these huge quilts after Flossy is done with them. She has given the odd one away as a pressie, like the one for my Mum and our friends Sam and Vikki, but most we keep. The problem of course is that we can't use them all at the same time. We DID have 4 on the bed at the same time during the dead of winter but any more than that and we wouldn't have been able to breathe! When not in use they go to the spare bedroom on top of the boiler cupboard. This keeps them warm for emergencies. You'll need the pass word though, you REALLY don't want to mess with Mr. Bunny! 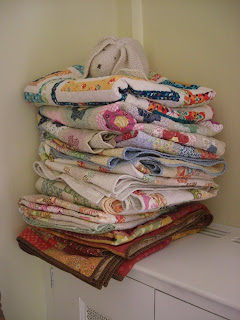 Flossy is down in London this weekend at the V&A to see the quilt exhibition with her friends Katy, Tacha, and Aneela. Hopefully she'll have time to do another post after the launch on Tuesday. I'm sure they are taking lots of pictures to share!
Posted by Brioni Greenberg

FQ is coming soon, don't you?? 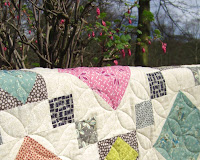 I've been slacking on my blog posts...

I've been working on a ton of stuff. Honestly.

There's been this baby quilt for my close friend Tracey's 1st grandchild... 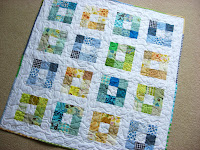 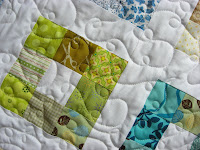 An awful LOT of this!! 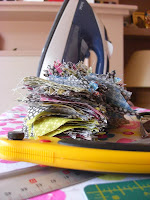 396 of them in fact, and for a REALLY exciting new project!! (and before you ask it's not a quilt to match my ironing board cover :-) )

All will revealed soon!